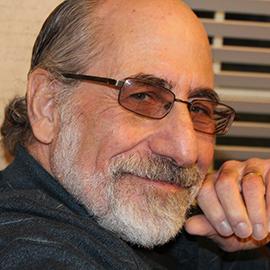 Hank is resident of the Town of Wallkill, along with his lovely wife, Virginia. They have three sons and five grandchildren of which Hank will be happy to tell you all about!

Hank is a veteran radio, TV and newspaper journalist reporting on the Hudson Valley since 1970. He is a graduate of SUNY Oneonta where he got his first taste of radio while broadcasting on the college station. From there, he served a number of media outlets in the Hudson Valley. He is the recipient of an Associated Press “Best Newscast” award as well as a Heritage Savings Bank journalism award and was named a “Pillar of the Community” by the Greater Hudson Valley Family Health Center.

Hank has earned a reputation for fair, accurate and timely news reporting here in the Hudson Valley. He takes great pride in telling the Hudson Valley what is really going on in Orange County and the Hudson Valley. Everybody knows and trusts him. Hank also sidelines as a stand up comedian at a small bungalow colony in the Catskills every summer.